I’ve found windows tiling managers incredibly useful, previously using Awesome served me quite well. However as soon as I upgraded to a large 40" 4K monitor - it didn’t quite work as effectively.

I’ve switched to XMonad as it provides unlimited functionality. In fact the configuration file is a Haskell program - you can pretty much do anything imaginable as long as you can develop it. There is also a huge collection of modules available which provides all sorts of layouts and functionality.

I’ve created my own layout optimized for my workflow - which works wonderfully on a large monitor. It’s available at: https://github.com/chrissound/XMonadLayouts

It’s similar to https://hackage.haskell.org/package/xmonad-contrib-0.13/docs/XMonad-Layout-ThreeColumns.html but it does not “collapse” the columns if there is less then 3 windows.

Here is a live demonstration: 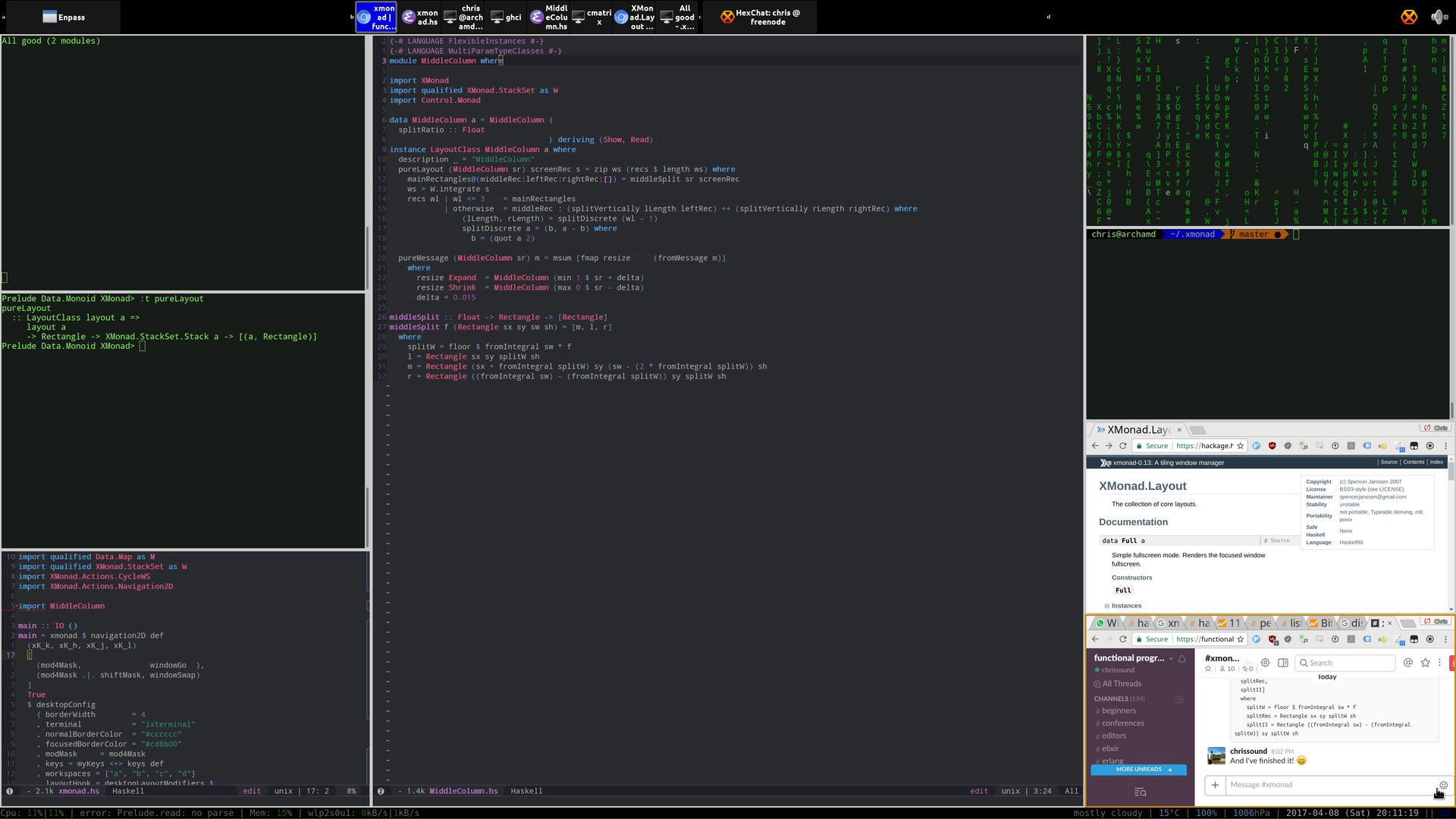 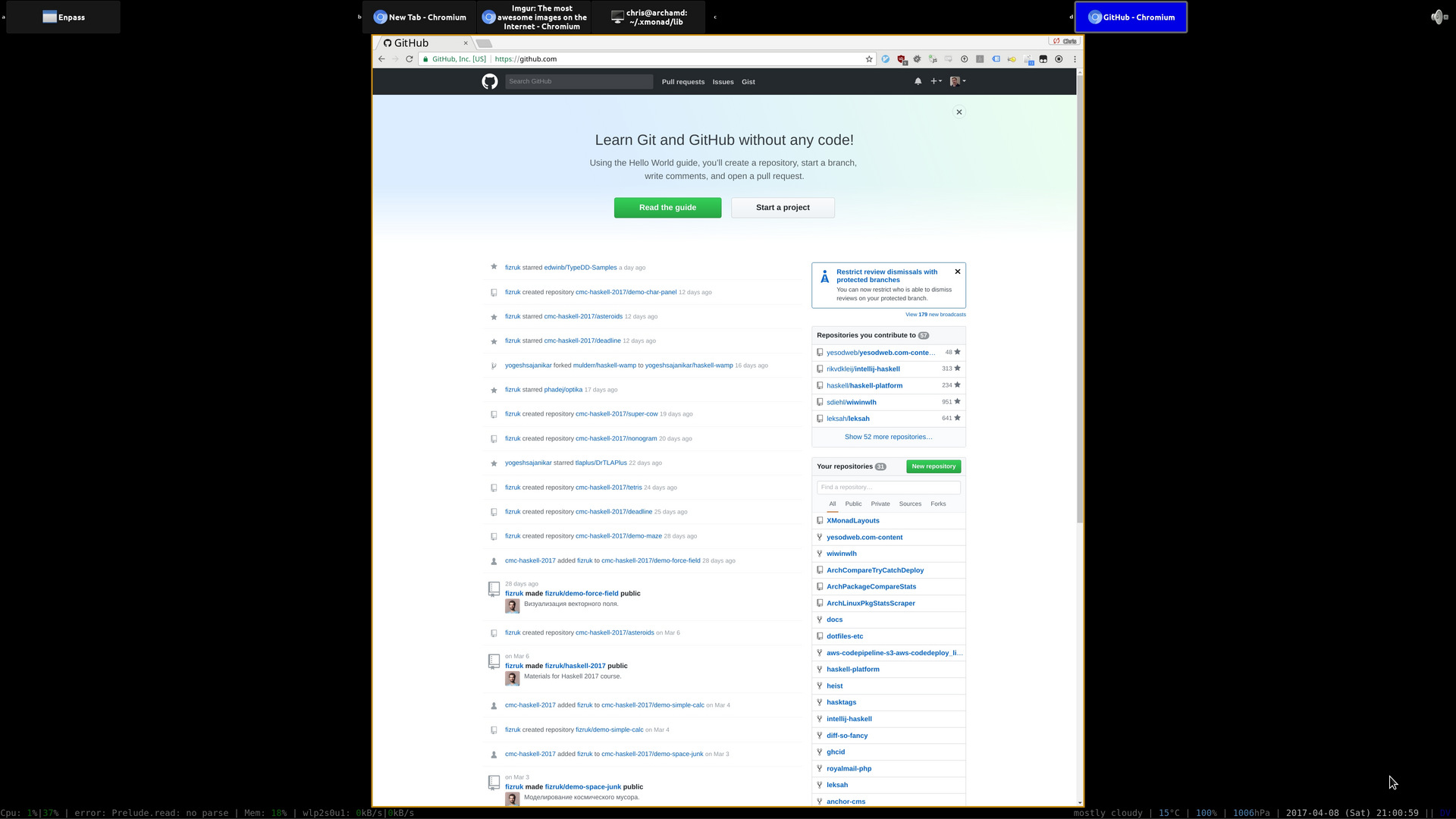